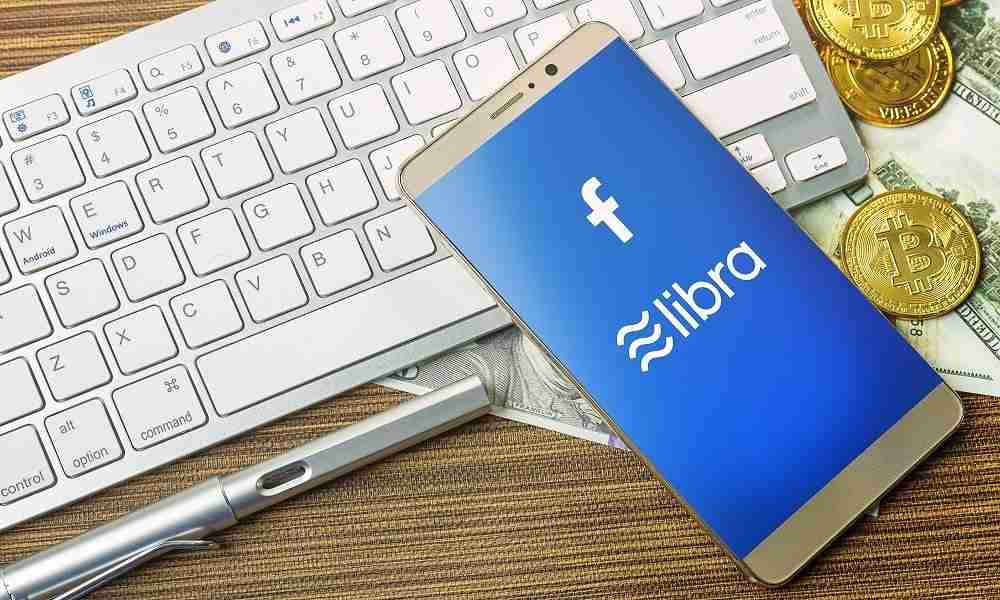 The new crypto kid on the block – Facebook’s Libra

By:   Anam Rehman Small Business Advice / Updates Comments:   No Comments
Table of Contents show
1. Libra – The new Facebook Crytpo – What opportunities does the crypto-currency bring with it?
1.1. What is Libra Crypto-Currency?
1.2. Why has Facebook launched this crypto?
1.3. How does it work?
1.4. Why does this new infrastructure matter?
1.5. What does this crypto mean for Bitcoin?
1.6. What potential opportunities does it bring for the developing world?
1.7. Is Libra boon or bane and why?

Libra – The new Facebook Crytpo – What opportunities does the crypto-currency bring with it?

Recent years were nothing less than a rollercoaster ride for the business world, with Bitcoin becoming the centre of the world’s attention after its price hit an all-time high, attracting millions of investors towards itself. Then, in a matter of months, it witnessed an unexpected fall in its price. As soon as we got over with the Bitcoin, we witnessed the social media giant, Facebook, facing a lawsuit regarding its handling of private data which was allegedly extracted by a firm to manoeuvre the US Presidential Elections of 2016.

The thrill continues, as the crypto-world is going to welcome a new guest. Yes, the same social media giant which was tangled in controversies recently. Facebook has taken the first step inside the crypto-world unveiling their own digital currency called the ‘Libra’ in front of the whole world and announced that it will be launched globally by the year 2020.

What is Libra Crypto-Currency?

Libra Crypto-Currency will allow its users to get access to the services they need, without any extra cost or delay. Libra will facilitate facebook users by giving them an opportunity to shop and instantly transfer their money or funds through different suites of Facebook like Whatsapp, Messenger, etc as well as through other potential partners of facebook like Uber, Mastercard, Visa, etc.

If you have never invested in crypto before, we recommend you to speak to a crypto expert and a specialist crypto accountant to get an overview of the trends and returns before investing in the most relevant manner.

Facebook believes that Libra is the next big thing, and it is through this, that they will be able to provide the necessary access to services and products through their platforms for everyone and anyone. They emphasize that open, swift and low-cost movement of money will generate more economic activities which will provide countless opportunities for people across the globe.

People need trustworthiness in the financial system they are part of, Facebook believes that distributed and decentralized form of monetary governance will help people restore their trust in the system.

They also believe that they can create a massive impact on the global economy with an expected increase of 95 million jobs and an additional $3.7 trillion added to the economies of developing countries, whilst increasing people’s earning potential and eventually reducing poverty.

How does it work?

Libra promises quick and safe transactions whenever and wherever you are. All you need to do is connect to the internet on your smartphone and get access to your digital wallet that holds the currency (1 Libra = 1 Dollar) through Facebook’s Messenger, WhatsApp or its official ‘Libra’ application. Once you get access to your digital wallet, you will easily be able to shop, trade and send/receive money instantly to any part of the world at any time. Its usage is not just restricted within the domain of Facebook but its reach is far beyond that of Facebook’s ecosystem, that is in everyday life, whether you buy a cup of coffee or go out shopping for groceries.

Libra is built on the ‘Libra Blockchain’ that is ‘permissioned’ which means that its ledger can only be tracked by the trusted bodies. It is also backed up by a strong reserve that ensures the stability of its value unlike the other majority of cryptocurrencies. The influx of this new financial infrastructure will promote product and service innovation in the market that is going to help people use Libra in their everyday lives.

If you are someone who likes to invest in cryptocurrencies and have built a portfolio of investments already it is advisable to have a  highly experienced crypto-accountant on board who can help you get a better understanding of the compliance and tax issues of cryptocurrency investments. A good Tax Accountant will guide you about the ways through which you can invest in this currency while retaining tax efficiency.

Why does this new infrastructure matter?

About 31% of the world’s population is unbanked which means that almost 1.7 billion people are barred from opportunities that can be availed through credit cards and other financial opportunities that help people expand their businesses and transact globally. They also have to bear higher fees to get access to cash. Data suggests that Businesses in the US lose about $40 Billion in cash annually due to theft whilst it costs 7% to send money across the border with cross-border payments taking up to 5-7 business days to reach their designated accounts.

People with poor purchasing power have to pay more to get access to financial services, their income is deducted by ATM charges, fees from remittances and interest on overdrafts. The Libra financial infrastructure intends to take billions of people under its dependency, and therefore empower them by providing countless growth opportunities. This infrastructure will help eliminate the old bottlenecks that people encounter whilst transferring or receiving money within the existing financial system.

What does this crypto mean for Bitcoin?

A one hundred dollar investment in Bitcoin back in 2008, resulted in being valued to over a million dollars during the year 2016-17 when the price of Bitcoin was at its peak. Bitcoin became highly popular for a period of time and attracted a number of investors towards itself, its volatility led to its soaring height and eventually its downfall.

The fluctuations in the price were witnessed at a very unexpected rate. Bitcoin’s extremely high volatility was the result of its weak reserve system that was not tied to any stable financial asset or fiat currency, thus bitcoin soon became a very expensive and risky investment.

In contrast, Facebook’s Libra is becoming increasingly popular due to the stable value storage it offers. Libra is pegged to a number of currencies and not just a single national currency, it also holds a basket of bank deposits and government securities in its reserve. The Libra reserve will be monitored by the Libra association in order to build trust and preserve its intrinsic value over time.

Libra will be a tough competitor for Bitcoin as it falls in the realm of blockchain technology but significantly differs in properties. For instance, Bitcoin’s blockchain is permissionless that allows the miners to mine the currency at their discretion whilst Libra’s blockchain will be initially ‘permissioned’ restricting the freedom of mining until permission is granted by a trusted body.

Bitcoin is decentralized and is not controlled by a single entity whilst Libra is governed by Facebook and the Libra Association. In the end, it is all about how Libra is able to win the trust of the billions of users of Facebook and how it lives up to their expectations.

What potential opportunities does it bring for the developing world?

Users from the developing countries will be able to enjoy cheaper transactions especially when they remit income from foreign countries back to their home. Libra will enable a mechanism that lets people remit all of their income without any remittance fee.

Introduction of Libra in the developing world will be a major centre of attraction for businessmen and consumers living in inflated economies. Libra has the potential to let businesses grow rapidly as these businesses need to thrive and put in extra effort and money to advance in such inflated economies. They also need to trust their monetary system, the trust that enables them to invest in different sectors of the economy. Facebook believes that Libra will successfully restore the trust of businessmen and consumers in the market and eventually expand the economies to their maximum potential.

Is Libra boon or bane and why?

The good news is that Libra can step in and bring a generation of people under a digital financial radar. This will provide countless opportunities, and assist people in moving up the socio-economic ladder. However, the reliability comes into question when one observes the past trends of the cryptocurrencies such as Bitcoin. Its massive fluctuations in price are not feasible for those with little to no disposable income, especially when you have many bills and rents pending. But, Libra has the chance to build up the trust that is needed, as it is one of the few cryptos that is backed up by a strong reserve and can be availed by its users for daily life transactions regardless of the income group they belong to.

Libra also brings with it opportunities for businesses such as online businesses, businesses providing cross border services or new tech businesses. The currency will enable easier transaction processes, easier routes to markets using facebook and libra and a secure way to transact globally in riskier economies.

However, it’s undesirable to think that Libra is going to be a solution without its flaws. There are a lot of ethical considerations that are still in doubt, you must remember how facebook allowed a firm to use their data to manipulate the presidential elections in the US, the same was observed during the African election and Rohingyan crisis. It’s hard to trust digital tools without putting in relevant safety measures.

There is a chance that Libra will attract a lot of government surveillance, this is concerning for those living under an authoritarian government. A single donation from your digital wallet to an organization supporting a cause that is deemed unwanted by the government can land you in a quagmire.

Even if Libra fully integrates into the existing monetary system, we can’t expect Facebook to guarantee us a secure and lifetime access to our financial assets that have been stored digitally. Facebook’s policies have been subject to many changes in the past and users will always be at risk of losing access to their financial assets because of a simple minor mistake.

Libra can prove to be a boon rather than a bane if Facebook is able to restore the trust of the people in the system and can ensure that the power of the emerging monetary system lies with the people and not just a few businessmen. Moreover, Libra has the potential of becoming the new face of the digital age, the rapid automation of economies will eventually demand that every service should be provided digitally.

Clear House Accountants are specialist Accountants in London, who have been working with Businesses, Investors and Tech companies who work with Blockchain and crypto-assets. We have the relevant expertise in not only helping businesses with all their compliance requirements but we also support them to set up the correct structure and systems to take their BlockChain business to the next level. Our trained tech-accountants have the relevant expertise required to help your business grow and expand.