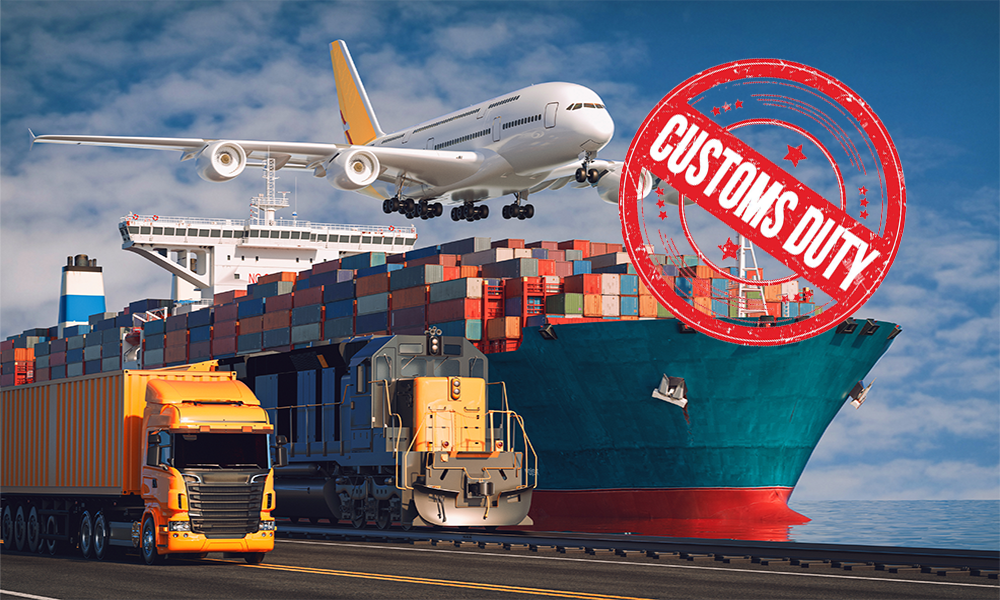 What are Excise And Customs Duties in the UK?

Excise and customs duties are two types of taxes levied on goods when brought into the UK. these taxes are purposed to raise revenue for the government and protect local industries from foreign competition. This blog post will discuss what excise and customs duties are and how they are calculated. We will also provide a detailed explanation of how these taxes apply to different types of goods.

Excise duty is not the same as a Sales Tax or VAT (Value Added Tax) in several cases, such as

VAT is a type of consumption tax placed on a product whenever the value is added either at a production stage or at the point of retail sale. Clear House Accountants provide comprehensive VAT services to cater to your every VAT need.

What is Excise Duty in the UK?

Excise duties are taxes imposed on certain goods considered harmful to public health or the environment. These goods include tobacco, alcohol, and gasoline. The amount of excise duty payable on these goods is based on their weight or volume. For example, a pack of cigarettes will attract a higher excise duty than a bottle of wine.

It’s important to remember that both excise and customs duties are separate from VAT, which is applied to all goods and services sold in the UK according to value.

Excise duty rates vary according to the type of product being imported, with tobacco typically having a higher rate than clothing. In most cases, both excise and customs duties are payable when the goods are bought from a foreign country.

It is crucial to realize that the money raised through the excise duty may be utilized to address specific social causes related to the product or the service on which it is imposed. For example, tobacco tax revenues might be spent on the government anti-smoking campaigns or healthcare for cancer etc.

In the UK, the following forms of excise are levied on goods and services:

These are all indirect taxes, which means that the consumer does not usually see the excise duty that they are paying. The amount of excise duty payable on a product is often based on its weight or volume rather than its value – though this will vary depending on the specific good being taxed. Excise duty is paid by the manufacturer or importer of the product rather than the consumer.

What is Custom Duty in the UK?

Excise and Customs Duty; what’s the difference between both?

In most cases, both excise and customs duties are payable when the goods are bought from a foreign country. However, as mentioned before, there are some exceptions to this rule – one example being if alcohol or tobacco products are bought from another EU country where no excise duty is required to be paid.

It’s important to remember that both types of taxes are separate from Value Added Tax (VAT), a tax levied on all goods and services sold in the UK. VAT payable on a good or service depends on its value. For example, a dress that costs £100 will attract a VAT of £20.

However, If you want a brief overview of Taxation in the UK, click here.

Tax and Customs for Goods Sent from other countries:

If you’re receiving commercial goods in the UK from other countries, you need to make sure that it is legally allowed in the UK and that you pay the proper tax and customs charges.

When your goods arrive in the UK, the freight forwarder will contact HMRC on your behalf to provide the basic information about the consignment.

Banned and Restricted items In the UK

Banned and Restricted Goods are those items you cannot bring into the United Kingdom, and in case you do, they will be seized by the government, whereas you will be fined as per the law. These include items such as

Excise Duty on the Items in the United Kingdom:

Alcohol or tobacco items will be seized in case they are:

Cider duty is paid on cider and perry, and it depends on its strength and whether it is still or sparkling.

Payable wine duty depends on the strength of the wine, still or sparkling—also, wine duty with more than 22% ABV at the same rate as spirits.

Fuel duty depends upon the type of fuel:

In the United Kingdom, Insurance Premium Tax (IPT) is a type of value-added tax levied on general insurance premiums. The standard rate of IPT is 12%, with a reduced rate of 0% for travel insurance and a higher rate of 20% for some other insurance contracts.

Air Passenger Duty (APD) is a tax levied on the passengers of UK-registered aircraft and certain other flights departing from airports in the UK. The amount of tax payable depends on the destination of the flight, the class of travel, and the age of the passenger.

Customs Duty on the items in the UK

Customs duty is charged on the items imported from a foreign country except for European Union. Also, custom duty is charged if those products are above a certain value, including the price paid for the goods and posting, packaging and insurance.

Jibran Qureshi FCCA  is the Managing Director of Clear House Accountants and has over 13 years of experience in practice across multiple industries. Jibran’s educational background includes a Master’s in Financial Strategy from Oxford University and an Executive MBA from Hult International Business School. His experience in Financial Strategy, Tax Planning, Operational Consultancy and Performance Reporting guide his cognizant approach to leading Clear House and its clients to the future. This dexterity led him to be Enterprise Nation’s Top 50 Advisors. Jibran recognised the need to manage the innovative disruptions sustainably early on and shaped Clear House Accountants not just to be compliance specialists but advisors who help build complex ecosystems around cloud accounting software, provide advice on funding support, help manage innovative tax schemes, set up and implement complex strategic plans, and much more.  So, his clients can thrive, not just survive.

The Workings Of Employment Intermediary Rules
How Can You Start A Business In The UK As A Non-Resident Successfully?
UK Investment Bonds And Their Taxation In The UK